SIG believes in giving its students a friendly yet motivating learning atmosphere. After all, it is through this holistic exposure across different learning platforms that SIG is able to deliver geoinformatics professionals as per industry standard. As part of its learning environment, SIG encourages its students to step out of the confines of the campus and participate in conferences and seminars on Geoinformatics across the country. Here is a brief overview of the conferences that the students from SIG have attended till date: 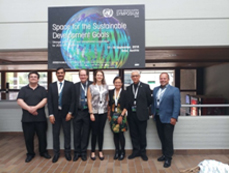 Space for the Sustainable Development Goals 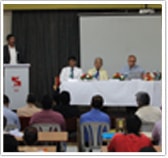 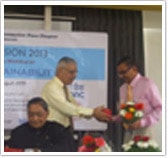 SIG organises 'Geovision' seminar each year in collaboration with Indian Society of Geomatics (ISG) and Centre of Advance Computing(CDAC). 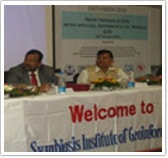 New Trends in GIS With Special Reference To Mobile GIS 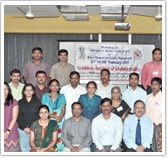 SIG organised five day workshop on 'Remote Sensing and GIS applications' for university teachers across India. The workshop was funded by the Department of Science and Technology, Govt. of India. 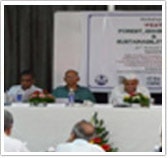 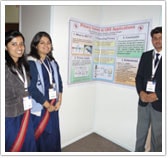 Name of the participant/s : Dipti Sarkar and Varun Anand 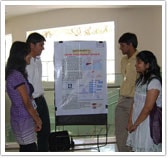 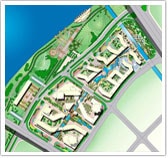 Urban Change detection with the help of Cellular Automata

This project examines the use of GIS and Remote Sensing in mapping Land Use Land Cover in Pune between 1999 and 2005 so as to detect the changes that has taken place in this status between these periods.It is also use to produce a land use land cover map of Pune at different epochs in order to detect the changes that have taken place particularly in the built-up land and subsequently predict likely changes that might take place in the same over a given period. 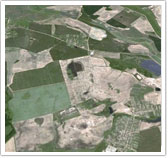 Ecotourism with the help of Remote Sensing and GIS

This study is an attempt to identify potential ecotourism sites in eastern part of pune district using Remote Sensing and GIS techniques in Maharastra. After identifying the potential sites, a demonstrative plan has been made for Ecotourism development based on locally available natural resources.

Name of the participant/s : Anupama Joshi 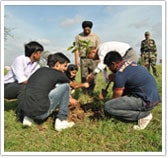 Site Suitability for cultivation of Biofuel in Pune

We used Remote sensing and GIS to locate and find suitable sites for cultivation of Jatropha and Pangamia trees and suitable weather conditions for their growth in the Pune District .This study helped us in collection of the Jatropha & Pongamia seeds that can be processed into biofuels.